I am a Realtor. At this particular juncture, I'm also a home buyer and seller, a wife, and a working mom. Moving with school-aged kids. I know this process and I've been here before helping others through exactly this transition. This time, I'm just a wee bit anxious. Cause this time, it's personal. There are two schools of thought regarding moving with school-aged kids:

In our case, we are moving just a few towns away - and have an amazingly creative Realtor (ahem), who was able to coordinate our sell and buy to coincide with the end of the school year. I like to think we've done at least a few things right in preparing our kids for "The Move." 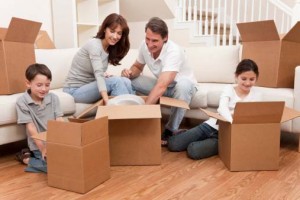 Validate their feelings and work to lessen their anxieties (and yours):

After you've found The House

Around here, we're still in negotiations about a trampoline.